I see a sunflower. 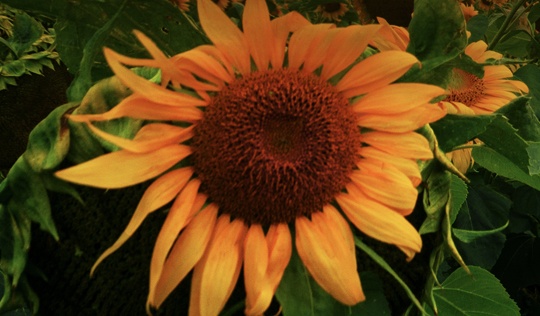 I see the striking and familiar yellow of the petals. I see the thick stalk of a stem and the way it angles its large dark head towards the east. I see this one flower in all its glorious detail. 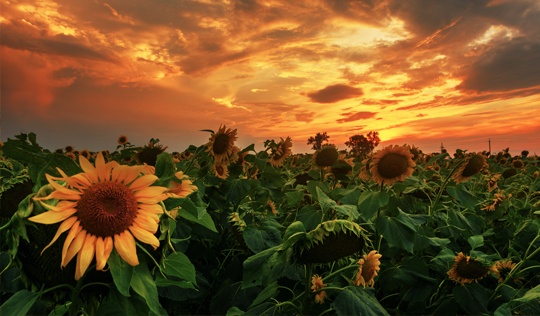 I see a whole field of sunflowers. I take in the other sunflowers in the field; the earth in which they were seeded; the sky above them; the potential for sustenance and the risks to their growth. I see the whole ecosystem of which our single sunflower is a part.

At Aspire Leadership we train individuals in leadership and communication skills. And this works. It leaves individuals more aware, more skilled and more confident to go out and demonstrate effective leadership behaviours with their teams and in their workplaces.

Sometimes, the whole field is a factor in the individual’s continued growth. Individual effectiveness is important. But what happens when we send the sunflower back to its ecosystem? Might its growth and its ability to apply its new skills be limited and if so, what can we do about that?

Meet Jane. Jane is a director of a department in a large commercial organisation. Jane is annoyed with Bob. Bob is a ‘Head Of’ working under Jane. Jane says Bob is difficult: argumentative, a blocker of ideas, and often rude. Jane decides to see what can be done and comes to us for Leadership skills training – how can she add to her Leadership toolkit to better handle Bob?

Jane does good work. She learns about Emotional Intelligence; learns the ways in which she is triggered by Bob’s behaviour and techniques to understand and use his motivators and needs to influence him and build the relationship in a mutually beneficial way. She heads off enthused and ready to try again.

This can happen. We get stuck in repeated patterns – patterns in our reactions, in the ways we communicate and in our relationships with our colleagues. We focus on the ‘problem’ and only see the details of the behaviour we don’t like. One thing to try is to zoom out – to take in the whole ecosystem.

This is what Systems Thinking and Relationships Systems Intelligence can help us with.

What is Relationship Systems Intelligence?

A ‘relationship system’ is any interdependent group of people, sharing a common identity or function. Relationship Systems Intelligence (RSI [1]) includes and transcends Emotional Social Intelligence pioneered by Daniel Goleman and others in the 1990s. If Emotional Intelligence is me; understanding my feelings, and the ability to regulate them, Social Intelligence is me and you – understanding your feelings and managing my reactions to them, RSI is us – the particular identity of our relationship that is unique and separate to us as individuals. If I have well-developed RSI, I have the capacity to see myself as both part of, and separate from, the single integrated whole of my team or ‘system’.

We know this separate entity. It’s the feeling of being on a ‘dreamteam’, where individual egos are melded into something greater than the sum of their parts. That awareness of a separate entity is Relationship Systems Intelligence.

So how can this type of intelligence help us as Leaders? Let’s take a look at 3 key principles of a Relationship System and afterwards, see if they might help Jane and Bob.

1. Each relationship system has its own unique identity

Whenever two or more people come together with a common function or purpose, a relationship entity is formed – consciously or not. It’s the web of connectivity and interdependence that exists between individuals in a system.

The uniqueness of the individuals coming together means that the team or system also has its own unique and distinctive identity. If one person leaves a team, and is replaced by another, the identity of that system has changed.

Relationship entities exist in every type of system – in a couple, in a family, in a team or in an organisation.

2. Every member of a relationship system is a voice of the system

Every team member – or voice of the system – carries information about the functioning of the system and therefore needs to be heard. Even the unpopular ones! This can be a challenging concept to get to grips with. It means that when Bob is speaking negatively, it is both Bob speaking and also an expression of the system. We see this when a team member leaves the system who has played a particular role in that system – the ‘naysayer’ for example. The new person joining the system sometimes then takes on the same role; it is unconsciously required by the system.

Team members with high RSI are agile in reinterpreting their personal experiences as systemic expressions.

3.Relationship Systems are in a constant state of emergence

We know how fast the world is changing. And many of us are averse to change or can put up resistance to it in some way. This RSI principle helps us reframe that resistance and encourages us to see change as ‘constant, natural and inevitable and to co-create with and from it’. [2]

A signal that change is happening or is needed, is often opposing views and even conflict. In RSI terms, this is a powerful indication of something new emerging. So rather than seeing it as ‘who is doing what to whom’, we can look at conflict systemically and ask, ‘what is trying to emerge?’.

Jane decided to get some systems coaching for her team. The team was educated on RSI and its principles. Bob’s negativity was talked about and reframed as an expression of the system allowing the system as an entity to examine it. Rather than blaming Bob, the system was in a state of inquiry – what was this negativity trying to tell them?

It was revealed that actually all the ‘Heads Of’ were feeling nervous about the amount of change that had been affecting the organisation and were pulling up the drawbridges on their functions. It was easier to start to work in silos, protecting their patches, than to collaborate openly in the way Jane wanted them to. Whilst Bob had not been communicating that in the most constructive of ways, looking systemically at the behaviour and making sure that all voices in the system were heard meant that a far more open, constructive and future-focussed dialogue could be had.

Systems Thinking allows us to look beyond the presenting issues and symptoms to what might be underneath. It was in fact not about how Jane needed to ‘handle Bob’ that needed attention, but what the system itself was needing to navigate the current destabilising changes.

If you were to zoom out and look at your team, family, or relationship as a ‘system’ – what would you see? Are all the voices being heard?

[1]The term Relationship Systems Intelligence was coined by psychologists and consultants Faith Fuller and Marita Fridjhon of CRR Global in 2011.

For over 10 years, Jessica has been working with clients to help them communicate more effectively and authentically.